On Sunday I raced the Les platons, much to my content the sun was shining and it was as still morning.

The run – If I’m honest I went into this race super nervous, the likes of up and coming Peter Holmes and Jack Kennedy were racing which meant a very fast first run. Me and Peter ran neck and neck on the first run, it was great to have someone to push me and even greater that its someone younger as that motivates me even more!

The bike – Ever since I had my Retul bike fit at Pedal Power I’ve felt sooo comfy on my TT bike, previously I would fidget a lot and this ruined my aero position. The bike course was fairly flat which meant I was able to really tuck down and get a good rhythm going.I took 5K before I really managed to settle into a good rhythm. I managed to pull a good gap on the lads behind which lead
me full of confidence leading into the final run.

The run – I ran out of transition thinking cheerfully I don’t really need to push that hard I just need to stay ahead of those chasing behind. Little did I know coach Nick would be following me on his bike hurling encouragement and telling me to dig deep, he kept saying “If you want to make the commonwealth games, this is the work rate you need to training at” The single word “commonwealth” was enough to get me really pushing, I ran out hard to the turning point and it was only a long drag to the finish left. The last 500m were a huge graft, the slight incline meant my legs were screaming at me to stop, I persisted and finished strong.

Overview – All in a very strong race for me and it’s something I go away and reflect positive from. The race was once again fantastically organised by Jersey Tri club so a huge thank you to all involved. 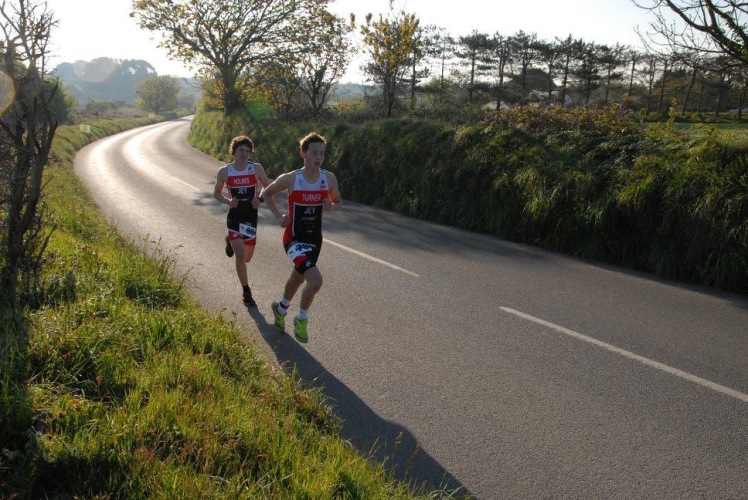